“Maybe the strangeness only ever was, to hide ourselves from some kind of happiness” – Nick Jones. 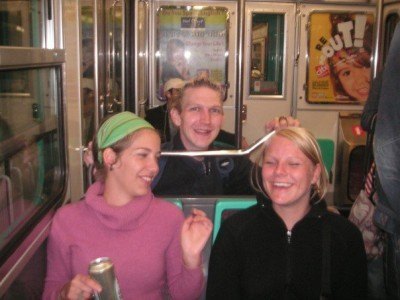 We simply can’t cover everything we do in life in a blog and while I started writing about my travels in 2007, I couldn’t have covered every detail. As I prepare for a bit of European overlanding the next few months, I cast my mind back to when I was even cheaper and more extreme. In 2007, having flown into Prague, I overlanded through Czech Republic, Germany, Luxembourg, Belgium and France. I ended up in Marseille on that trip. It was my longest overland tour of Europe to date, unless I can count the fact that I often didn’t leave England or Northern Ireland for a period of months. I cover it in blocks and in separate posts but I never really mentioned how it was all on one trip. Perhaps reading back it may seem like scattered visits to each city but it was an adventure, and of course an easy one as I speak English, a good bit of German and French and it’s easy to backpack in Europe. It’s very easy. 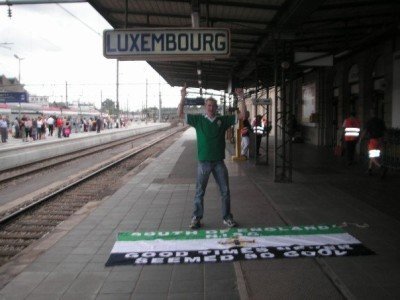 The chance to overland from Slovakia to France has arisen again this year, for June, taking along the way the likes of Italy, Seborga and Monaco. But I probably won’t be doing that. Instead just a quick over view of the zany overlanding I did as a budget whackpacker in 2007. But the whole story has a similar twist – Lock In Lee was involved at the start in 2007, there’d be football along the way, in 2007 I met Katia Alves in Paris. This year I met her in India. This year I’m meeting Lee in Austria so the way to Grodig bears some resemblance to my early travel days. 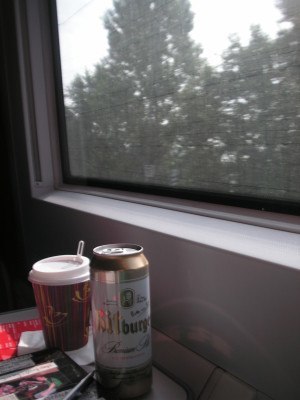 Leaving Czech Republic
I said my goodbyes to the famous Lock In Lee at Kolesovice train station in Prague after we had some crazy times there and I got a place on a train over the border into Germany. I teamed up with a French-Canadian girl called Steph who was at a rock concert and lonely at the train station in Prague. Then I met a hat-trick of English guys that had been kicked off a train in Austria and couldn’t remember if they had been to Slovakia or not. We shared beers, then the police got on the train and stamped us out of Czech Republic at Decin. 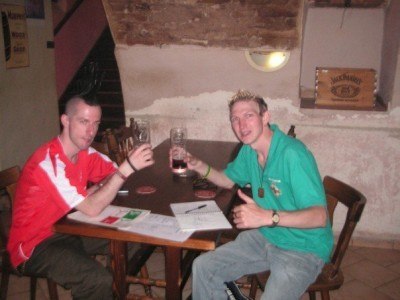 Backpacking in Germany
My first stop in Germany was Dresden and I spent the next two weeks backpacking in places like Osterweddingen, Hamburg, Magdeberg, Bremen, Hannover and Trier. The highlights were touring Magdeberg with my mate Rene Peters. 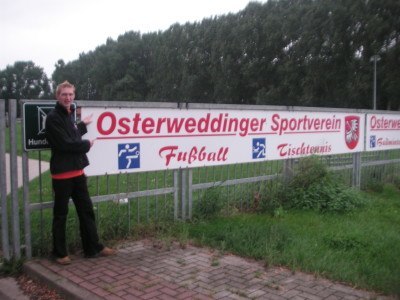 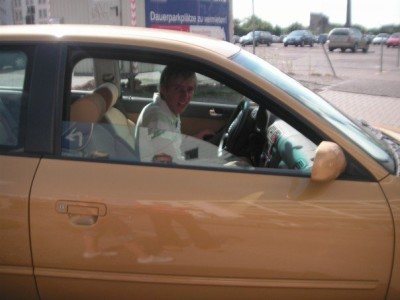 Rene in his car 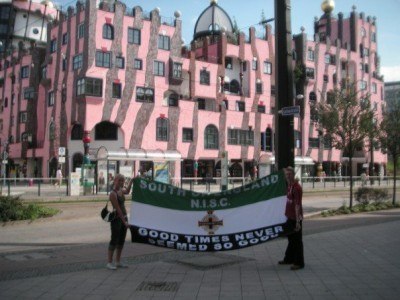 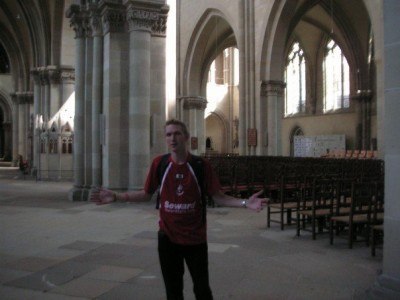 Day Tour of Luxembourg City, Luxembourg
After touring Germany, I got a train into Luxembourg literally just to check the place out for a day. Rene stayed in German and I backpacked across the border alone, on train. 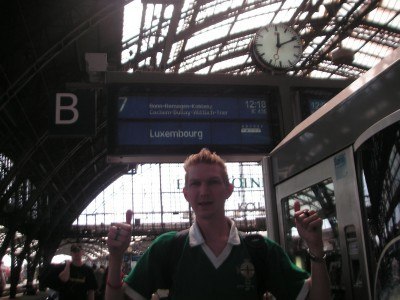 Waiting on my train to Luxembourg 2007

In those days, the Inter-railing thing was really cheap and you could get a different train at 1 minute past midnight and it would count as a different day on your monthly booking, so I remember hanging around at the border until the time changed. I think this was how I ended up with some time to kill in Trier or Bonn, the former West German capital. 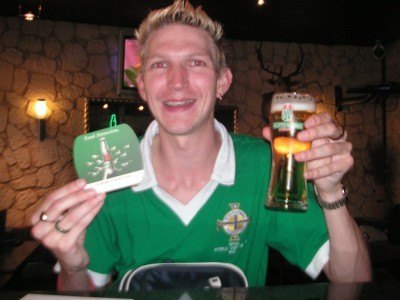 Having some Bofferding in Luxembourg

Free 4 Star Hotel in Campeigne, France
After the inter-railing around Germany, Rene landed a contract job in Campeigne with a full 4 star hotel included! Rene also had a company car for the trip so I hitched a ride with him and we travelled from Germany, through Belgium into France. I also sneaked into his 4star hotel room and got a backpacker’s free night out of it. It was the Hotel Mercure in Campeigne, just north of Paris. 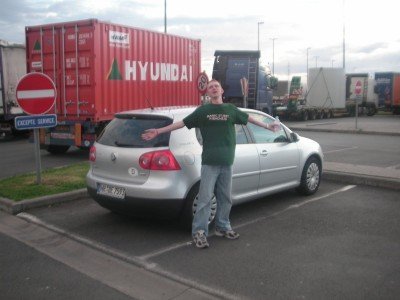 A rare photo of me in Belgium before overlanding into France

TGV High Speed to Marseille
One day at the train station in Paris Gare de Lyon, I was literally about to get on the train to Rotterdam in the Netherlands! But something changed at late notice with the trains and platforms and in the end I ended up paying 5 Euros for an upgrade into the bar and lounge of the high speed TGV to Marseille. Within hours I was lying on the beach in Marseille! This was my last stop on the overland route from Prague to Marseille. Though I later returned to Paris for a few days before returning to Bournemouth to work in a theatre. 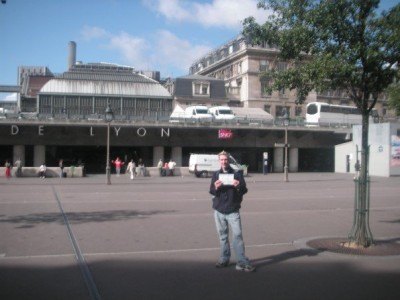 That’s just a snapshot of my 2007 overland train journeys. I’m excited to be travelling on European trains again in a few weeks actually and have some crazy travel surprises up my sleeve for the next three months. Despite seemingly coming to the end of my backpacking dream, it seems the fired cannon hasn’t hit its target just yet. 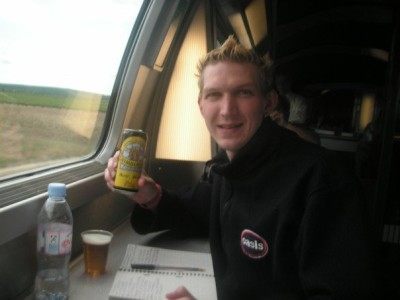 No doubt, I’ll be on a European train again soon and probably a cold beer and a spot of old school whackpacking.