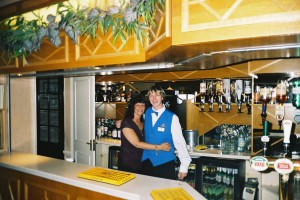 I always enjoyed being a barman and indeed it’s the only job that I’ve actually done regularly. I think I counted that I have worked on 40 different bars over the years, if you’re reading there’s the slimmest ever chance that I once served you a beer. One of the jobs I always forget was when I worked as a barman at the Heathlands Hotel in East Cliff in Bournemouth, England back in 2004 so today’s working Wednesdays is on that. In an odd twist of fate, destiny had led me to work in this bar, where I once stayed 10 years earlier and something just clicked. I worked there for 6 months, on a part time basis, as I had 2 other main jobs at the time, as well as running a football fanzine, having a university radio show and trying to get a degree on the side. A busy time, but I didn’t let that stop me enjoying working at the busy Heathlands Hotel, which is on Grove Road (but sandwiched between it and Gervis Road) in East Cliff Bournemouth. As experiences in life go, this is the closest I got to a Fawlty Towers type experience (there may be more balls in my cannon on the Heathlands, we shall see…) 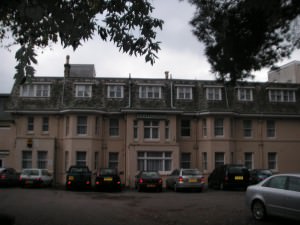 How to get a bar job in England:

This is EASY – there are tons of bar jobs in England but the best tip is to start looking when the weather gets warmer and head to the south coast. Places like Bournemouth, Brighton, Torquay all need bar staff in the summer. It’s an easy job to do but most of all some extra money, meeting people from all over the world and great memories. You might even get laid 😉 Get a job in a bar in England in May and you can prolong it until October or November time. In the end they wanted to keep me on through the winter, but alas I declined as I had about 4 other jobs on the go at the time, and this was the least well paid and one that required Saturday night work – I’d rather have been down the pub with my mates watching the football!

When did I work in the Heathlands Hotel in Bournemouth, England?

May – November 2004. I only worked weekends. I was almost always on the cocktail bar, which may or may not exist anymore. You can actually check:

What were my duties as a barman in the Heathlands Hotel?

– Serving on the bar

– Orders to the pool

How much did I get paid to work in the Heathlands Hotel?

I got paid around 5.50 pounds an hour at the time, but tips were decent at big events and I always got free food and some post work drinks 😉

Who did I work with at the Heathlands Hotel in Bournemouth, England?

I worked alone quite a lot of the time due to my experience on the bars, but I preferred to be working with others, the favourite co-worker I had was Mervyn. His name was Mervyn Harnett and he came from the Republic of Ireland. I saw him for the staff night out in December 2004 and haven;t seen or heard from him since sadly. A great lad and it was a wee bit of banter between us, given that he was a staunch Irish Nationalist and well, I am a Northern Ireland Unionist. We always had a beer together after worked and checked out the town. 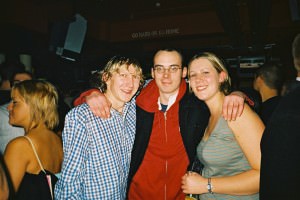 Irish and German on a night out to bid farewell to Christina who headed back to Germany. A rare photo of me with Mervyn Harnett too!

Aside from my Irish sidekick Mervyn, there was Hamta from Iran via Germany and loads of Germans, including Luiza Lenzner and Christina Rieke. I went out with the girls quite a bit. Looking back there was a lot of partying going on and the time passed me by in a flash.

There was also the Dutch and the Colombians. Serial shagger from Colombia Gustavo once worked with me and in Manuel Fawlty Towers style, I trained him up as he didn’t know a word of English! He once fell asleep on my settee (sofa) after a night on the tiles. I never seen him again, but I did visit Colombia…

When did I first visit the Heathlands Hotel in Bournemouth?

This is the oddest part of the story for me. Back in 1994, a full TEN YEARS before I started working there, I was a guest at the Heathlands Hotel on a family holiday. Something somehow stuck in the mind and by total chance I ended up working there. I think I was just living some kind of dream. While living in Bournemouth in 2004, I saw the advert for bar staff in the local paper The Daily Echo and I just applied – I hadn’t done bar work for over 2 years so was gagging to get back into it. They gave me the job instantly on arrival at the Hotel and I couldn’t quite believe it.

What other memories do I have of working in the Heathlands Hotel?

Not too many as it was all over in a flash but a few nights out down the town were great and the final farewell was with Carolina and Judit, 2 German girls we worked with. The last moment of their time in England was watching Mervyn and I strip completely naked and go for a swim in the sea beside Jumpin Jaks nightclub. That was probably a fitting end to my time there.

When was the last time I visited the Heathlands Hotel?

Believe it or not, after leaving in 2004, I did return once – August 2005 as my parents wanted to visit me and I booked them in on a discount as I was ex-staff. After that I haven’t been in since and I have no idea whether the hotel still exists, through I heard of a fire there which occurred back in 2010, and even made the BBC website, so perhaps the place no longer exists:

The Heathlands Hotel in Bournemouth made the news in 2010 after a fire.

Despite being a Hotel Bar, we also had regulars, as the bar was of course open to the public and I often served Dennis, an English guy – I got a photo of him with me on my last day there. The first photo on this post is me with Alison, whose boyfriend was the DJ for events and she used to come and join me on the bar while he worked. 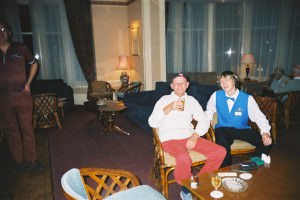 A special shout out also to Matthew Warne, who was my boss for a bit of the time there. We shared the odd 5 am story and drink and added a bit of wit to the place. Like all things in life, that job and its memories have almost completely passed me by, hence the inclusion of it today before I forget what I did. I just know I enjoyed it but I can’t believe it was 9 years ago. I have no videos from my time there, but I truly treasure those photos.

Once upon a time, in the Heathlands Hotel in the East Cliff in Bournemouth, Dorset, England you were served by Jonny Blair, current nomadic Ulsterman and author of Don’t Stop Living. It’s a treasured existence my friends…

Star Rating – The Heathlands Hotel was a 3 star when I worked there (I’d be shockingly surprised if it ever moved beyond that.

People I swore at – You’ll not guess.

Pints I spilled – None. I’m much too good.