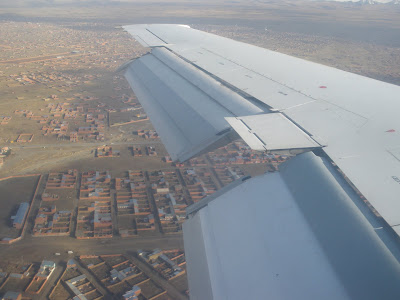 Backpacking in Bolivia: La Paz – The Height of Madness

Nuestra Senora De La Paz – It really is the height of madness. This city is basically a must see in my opinion. Bolivians themselves are not even sure if this is their capital city or not as that seems to be an accolade shared with lowly Sucre. 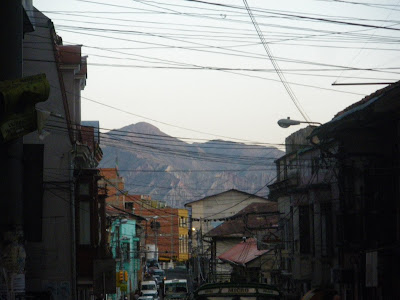 When we’re talking about La Paz, the most important quote of all time is that this city will “literally take your breath away!” 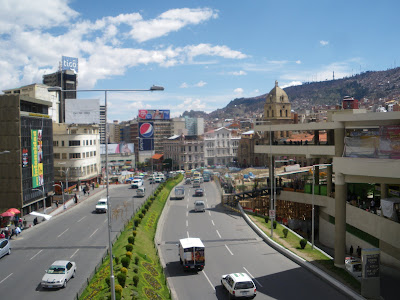 Situated at a well publicised 3,660 metres La Paz is a place of extreme altitude. A test for your breath, your diet and your travel tales all in one. 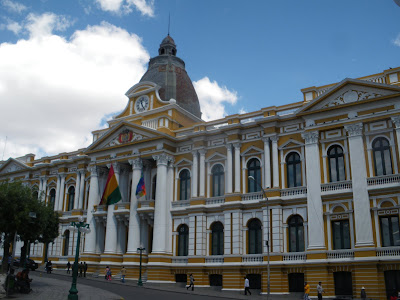 What shocked me before my visit was a bit of negativity. My friend Richard Ingram had been there back in 2007-2008 and was unimpressed. The Lonely Planet guide claimed La Paz is “full of scams” so actually before I even got there, my expectation was so low, I can only stand and breath in awe when I finally stepped foot in this giant. 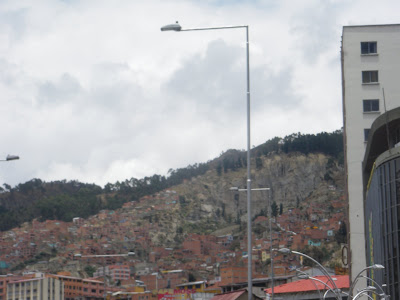 It would sound ridiculous to say that living in La Paz seems as high and distanced as it is, but that’s exactly the way I felt when I was there. 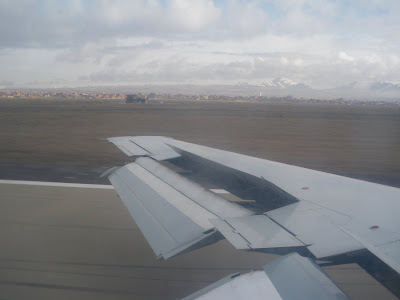 I touched down on a flight which seemed to rise into El Alto (“The high one”), probably the world’s highest airport, or at least in the top 10. From there a cheap taxi took me through streets of absolute insanity and mayhem. Almost like they had just started a generation on the top of a mountain
. 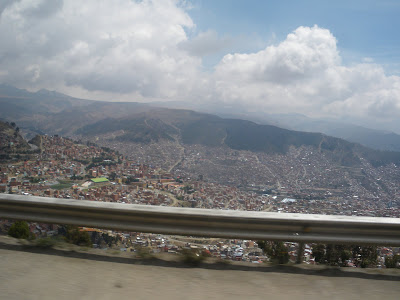 The first view of the city for me was from a taxi window. I was already overaud by La Paz. 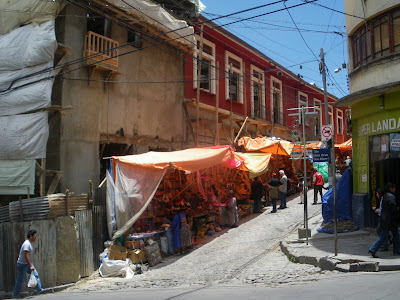 There is plenty to see and do in the city and so many places to stay, this mammoth would take a long time to discover, I merely touched the tip of the iceberg with it. 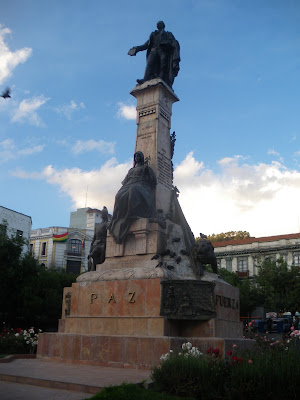 Here’s my snapshot of it. 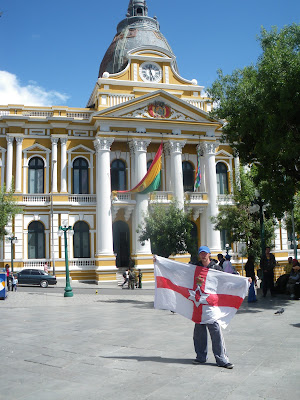 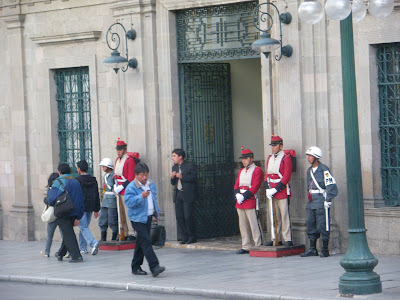 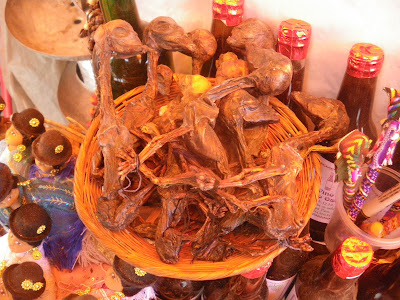 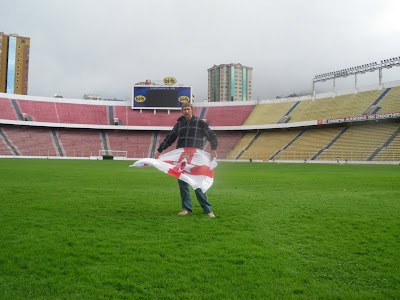 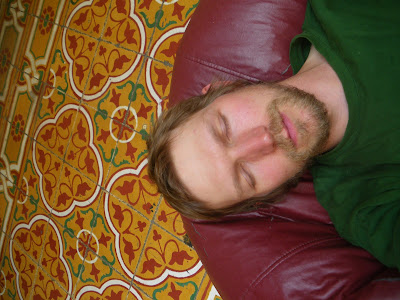 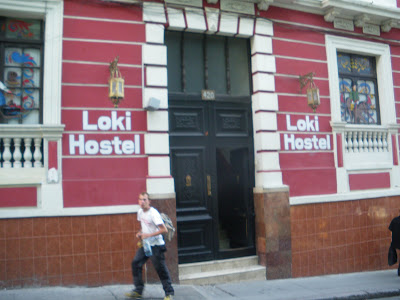 The Loki Hostel – too noisy and not Bolivian enough – they even had a pub quiz in ENGLISH! 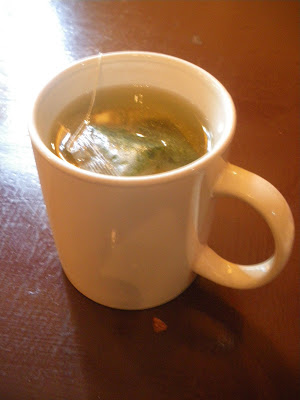 Coca Tea – a Godsend to cure the symptoms of soroche. This is a cheap tea bag version – I certainly wasn’t complaining as they were free all the time at the hostel. 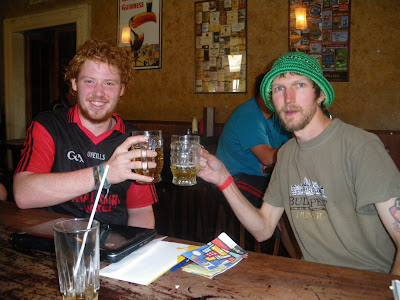 Having a beer with Grant from Carryduff, in The Wild Rover, the world’s highest Irish Pub, no less. 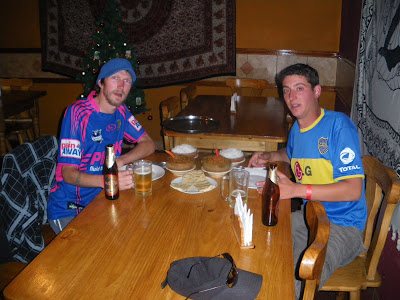 Attempting the world’s hottest Bolivian curry with Benoit in The Star of India in downtown La Paz. Benoit finished it and got a free t shirt. I failed miserably, but at least I didnt have diarhooea on my 18 hour bus to Cuzco the following morning – a 7 am start. 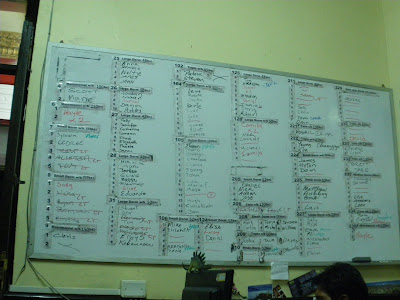 I ended up in La Paz for 2 nights and 4 days in the end (not a typing error), as I left to head south for a while to do a desert and salt flats trip. 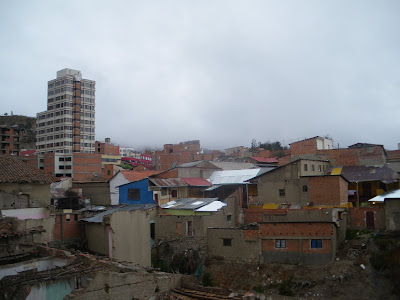 Excellent view over nearby streets and the typical Lego block appearance of La Paz’s building culture, photo taken from the Loki hostel dorm room I stayed in. 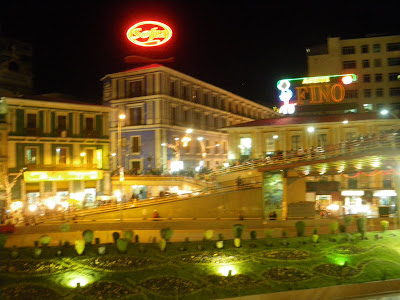 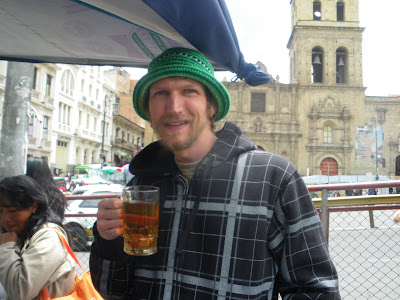 I have so many photos from La Paz, it seems I spent a week there yet I didn’t. That’s me having a gorgeous clove drink called Moconchinchi (or so I’m led to believe by the vendor next door who wrote that down for me) for 1 Boliviana (10 pence) in Zona Central. 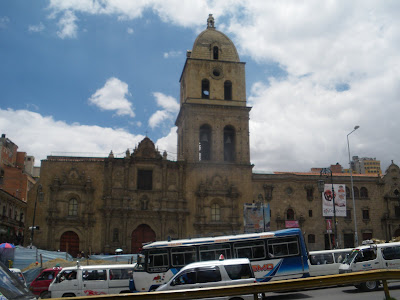 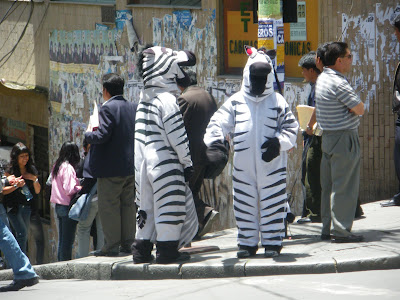 The hilarious Zebra crossings will have you in stitches. 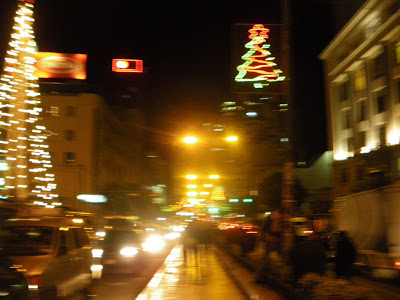 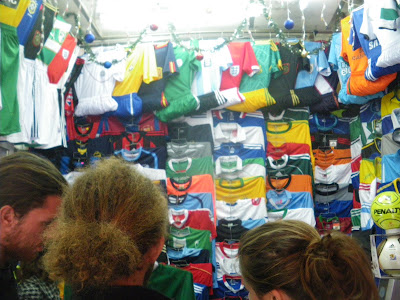 Mandatory visit to a sports shop (of which there were tons) to photograph the football shirts. They had loads of shirts, real and fake from all around the world, not Northern Ireland, Bournemouth or Glentoran though. I kept my loyalty to Uruguay however and didn’t buy one. 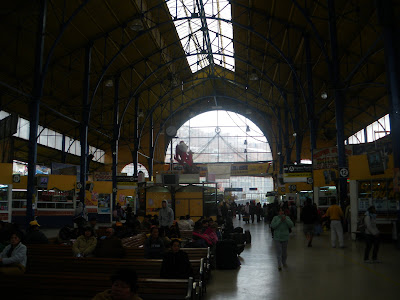 La Paz bus station – full of beggars and tramps, I supported them on 2 out of my 3 visits to this station to get rid of them. I didn’t find this station at all intimidating or dangerous. In fact probably only Colombia’s Cucuta and Venezuela’s Caracas and San Cristobal made me feel out of place in South America. 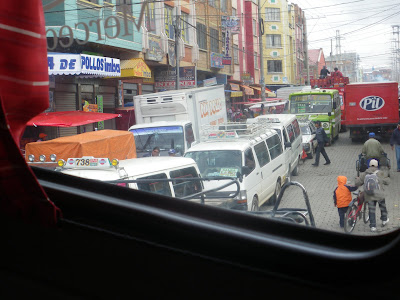 The madness of La Paz when I left it for the last time, on what was to be a nightmare and long trip to Cuzco for the special Inca Trail. That was it from La Paz for me in this particular cannon of life. I would dearly love to return there someday. Words and photos can really not do it justice! You need to go there. It’s left me breathless….
SPECIAL FOUR TRACK LA PAZ EP:
1. The Corrs – Breathless:
2. The Police – Every Breath You Take:
3. Berlin (from Top Gun Soundtrack) – Take My Breath Away:
4. Maroon 5 – Harder To Breathe:
FLYING INTO LA PAZ:
ARRIVAL AT LA PAZ EL ALTO AIRPORT:
TAXI WITH GREAT VIEW OF LA PAZ:
A WITTY ZEBRA CROSSING IN LA PAZ:
LOKI HOSTEL LA PAZ:
FAILING TO EAT WORLD’S HOTTEST CURRY:
WILD ROVER BAR, LA PAZ:
WITCHES MARKET, LA PAZ:
DRINKING MOCONCHINCI IN CENTRAL LA PAZ:
LA PAZ BUS STATION:
LEAVING LA PAZ BY BUS:
Join 15,017 Monthly Readers! If you enjoyed this article and LOVE travel and SAVING money, get e-mail updates from Don’t Stop Living – a lifestyle of travel! (It’s Free) 😉 Jonny