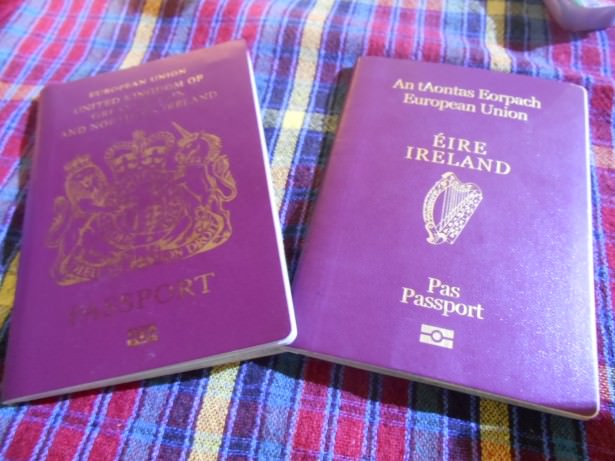 Today on Tuesday’s Travel Essentials it’s time to take advantage of all the passports you can get. You’ll need them – trust me. When you go travelling, your passports fill up quickly with visas and stamps so it’s essential to have a back up – dual nationality and multiple passports is the best way to travel. But passports filling up fast isn’t the only reason to have multiple passports. Getting visas for countries is another reason. You will find some nationalities can get cheaper visas for some countries, some nationalities can get visas easier to and some nationalities are even denied access to certain countries. So have a back up. Do it and don’t hesitate. The trigger for this post was that recently two other Northern Irish friends of mine asked me if I ALSO have an Irish Passport. My reply to them should be, “I ALSO have a British Passport”.

For me getting dual nationality was easy. Apologies to those who don’t have dual nationality, or cannot currently get it – I know a visa for a country can be harder to obtain in those circumstances. Here’s why it was easy for me:

I was born and bred in Northern Ireland. It’s a British owned country on the island of Ireland. Thanks to some clever agreements down the years, anyone born and bred in Northern Ireland has a right to be British or Irish. Or both. I have no qualms whatsoever in admitting I’m Irish and I’m British. It hasn’t always been like that for me by the way – but these days I’m very proud of both heritages. Being Northern Irish is the most ice cool thing on the planet. I love it.

Nationality Number One – I’m British. I grew up in the UK in the country of Northern Ireland. I paid British taxes. I watched British TV. I went to a school governed by the UK. English is my main language. I’m proud of my British heritage. 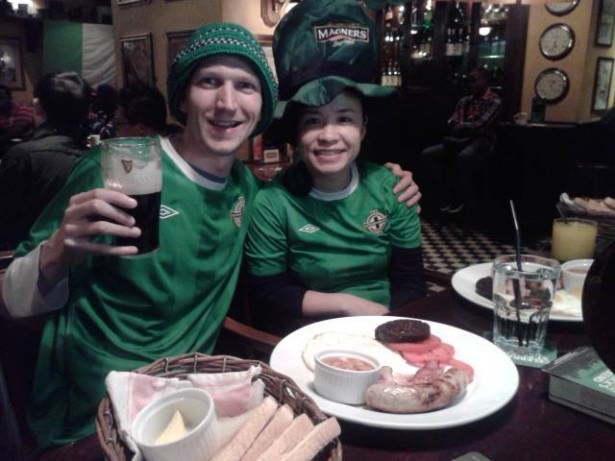 Nationality Number Two – I’m Irish. I grew up on the island of Ireland. I support the Northern Ireland football team. I celebrate St. Patrick’s Day (and yes I know he’s Welsh). I drink Guinness. I love potatoes. I’m Irish. I’m Northern Irish. So I own an Irish passport. I’m proud of my Irish heritage. 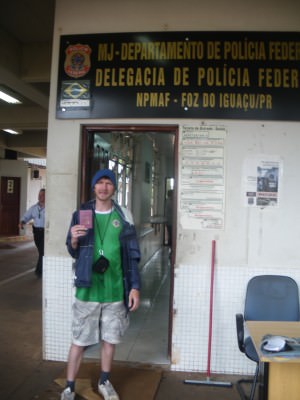 The dual passport benefits – using my British one to enter Brazil a few years back.

So there you have it – I am able to get two passports, two nationalities and I feel equally proud of both. As I believe every Northern Irish person should. 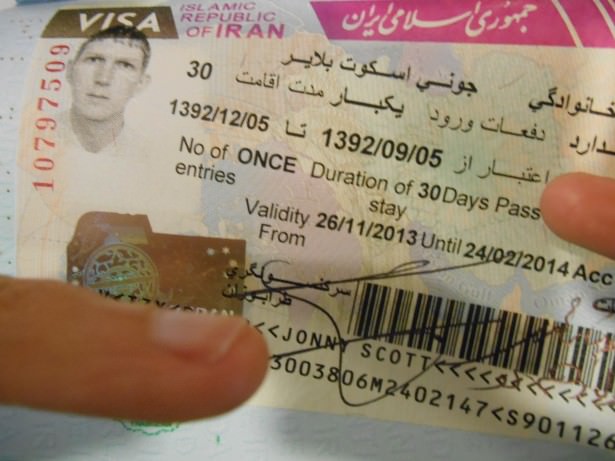 I used my Irish passport to get my Iran visa recently.

Here are the main advantages of having dual nationality and holding spontaneous passports for different countries:

– You can say you’re Irish or British and be correct with both (this is particularly helpful in countries like Iran and Argentina, where it’s better to say you’re Irish than British – less hassle).

– You can choose which passport to use based on the visa prices (a Chinese Visa is cheaper on an Irish passport than a British one).

– You can choose which passport to use based on the visa difficulty (An Iran Visa is easier to get on an Irish passport than a British one).

– You can choose which passport to use based on the visa qualifications (A Hong Kong Working Holiday Visa is ONLY available on an Irish passport and not a British one).

– If you do LOSE one of your passports, you have another one.

– If you ever get rejected for a visa for a country, don’t get upset – you can reapply using your other nationality, visa qualifications are hit and miss.

– You can visit Israel, Malaysia, Jordan, Saudi Arabia, Nagorno Karabakh etc. without worrying about being permitted into other countries (e.g. having an Israel stamp in your passport automatically disqualifies you from visiting places like Iran and Iraq, same goes for holding a Nagorno Karabakh visa and then trying to get into Azerbaijan)

You can check out some of my other passport and visa related posts here.

– How to get a Hong Kong Working Holiday Visa

– How to get an Iran Visa in Turkey

– How to get a Suriname Visa in Venezuela

– How to get a China Visa in Hong Kong

– How to get a Vietnam Visa in Hong Kong

– How to get a Myanmar Visa in Hong Kong

– How to get an Ethiopian Visa at Addis Ababa Airport

– How to get a Tanzanian Visa at Kilimanjaro Airport

– How to get an Australian Working Holiday Visa

– How to get a Second Australian Working Holiday Visa

So there’s a tip for you all – take advantage of your passport options and use them both. Believe me – you don’t want to be that British guy talking about the Falklands War to police officers at the Argentina border, just whip out your Irish one 😉