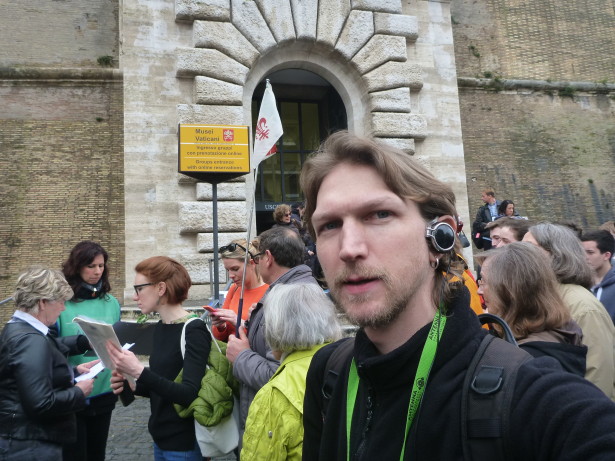 The border crossing from Italy into the Vatican City State has to be one of the most peculiar from my journeys. I’d say it was really similar to the crossings from England to Austenasia, from Lithuania into the Republic of Uzupis and from Denmark into Christiania. The reason being, despite crossing into a new country, you are essentially still in the same city! Yes, the Vatican City State is in Rome, Italy. Many people think it doesn’t really feel like a country but I personally count it on my official country list even though they don’t have a FIFA recognised international football team, nor are they on the UN list of 193 countries. 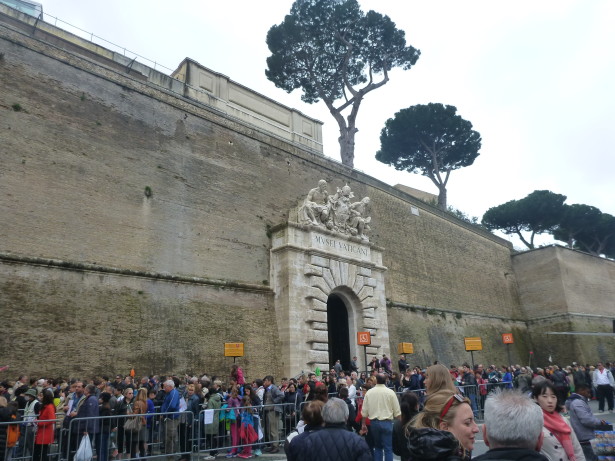 But I still had the temptation to visit of course, as it’s listed as a separate country on several different websites, including the Traveller’s Century Club and it feels different to Italy. I was staying near the main train station in Italian capital Rome and chose the perfect Hotel Papa Germano. I decided on an all day Rome metro ticket to tour the city on a hop on hop off basis as I pleased. 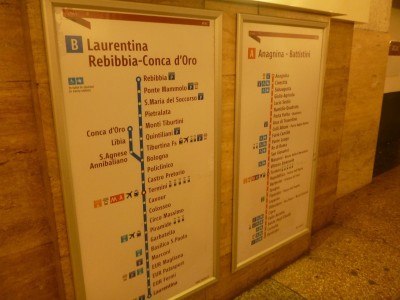 The Metro system in Rome 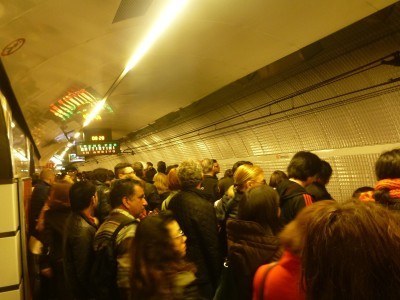 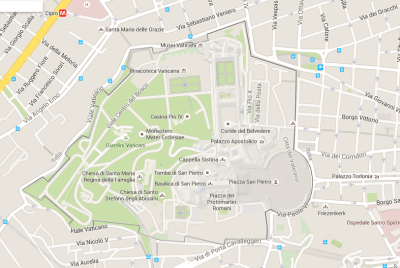 The actual border line between Italy and the Vatican City State 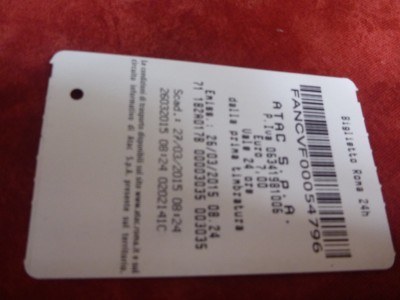 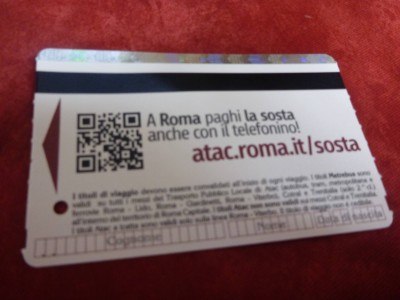 Crossing the Border by foot from Rome, Italy into the Vatican City State
When you get out at Ottaviano San Pietro, head onto the main street Via Barletta, and from here you can walk south towards the Vatican City State. The country has open borders with Italy despite the fact that some of it is behind huge walls. 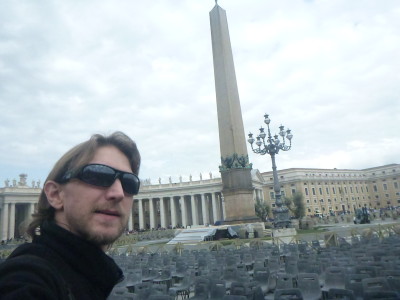 Entry is free and there is no border control or bag check and there is no queue. However, it can get busy especially on Wednesday mornings when the Pope is doing a speech. There is an actual thick bit of concrete at intervals that marks the border and you can tell where it is. The brickwork is slightly different and one side has the Vatican City Post Office on it, the other side you’re clearly in Italy. Parts of the border can be noticed by fences. 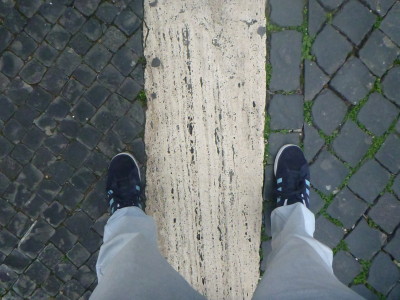 The border between Italy and the Vatican City State, at St. Peter’s Square 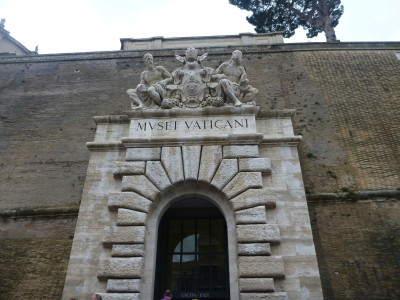 The museum’s entrance to the Vatican City State 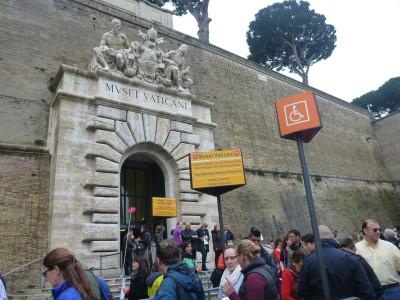 The border entrance into the Vatican Museums, from the Italy side of the border

However, you will need a ticket to get to the other side of the wall. Queues can be long, so my advice is to book a guided tour of the Vatican with Walks of Italy, that way you skip the queue completely. Time is money remember! I was loving it – straight through in minutes from Italy to the Vatican City State. Our tour guide Elisa handed out our tickets at the entrance and while everyone else queued, we were straight in through the arch in the wall! 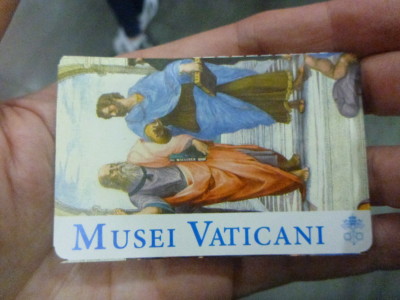 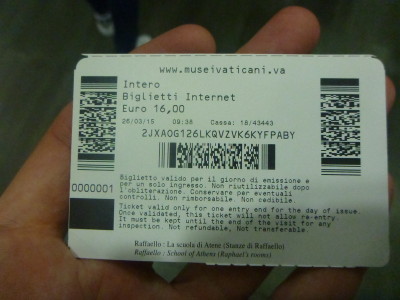 Once you are through the arch, you will immediately have a ticket check, and have to go through a security check (the same as one in an airport). This is standard procedure. Bottles of water, cameras and small bags are allowed in. Large bags, dangerous items (knives, inflammables etc.) and glass bottles will have to be left in and collected later. Please respect the culture and the security precautions, especially in this time of need due to the outbreak of terrorism. I just left my main belongings at my hotel and I recommend that. 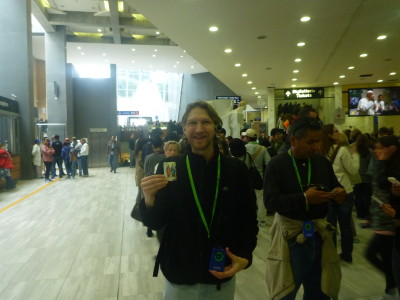 Inside the Vatican City State past the security check

Once you are through security and have your ticket checked, you are inside a big hall. You take the escalator up and you are now in the museum part of the Vatican City State. You can travel around the museums on your own, or like I mentioned join a tour and learn a lot and avoid the queues and hassle. The country is now yours to enjoy and for such a small country there is a lot to see and do! 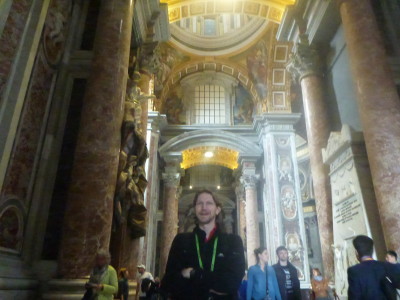 Do you need a Visa to Visit the Vatican City State?
If you are already legally allowed in Italy, then no visa is required or checked. Just make sure you have an Italian or Schengen Visa in advance. 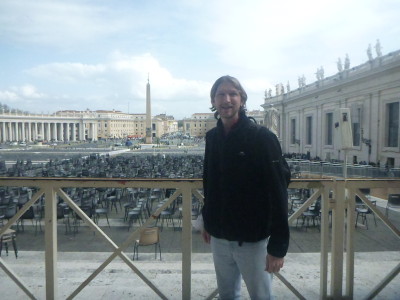 No visa is needed to visit the Vatican City state if you are already legal in Italy. 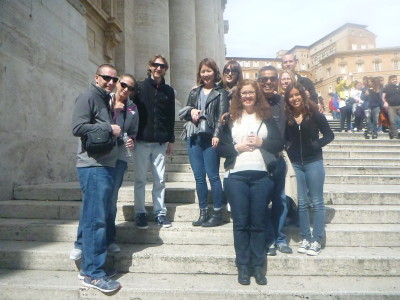 This was quite surprising as I had got my passport stamped in San Marino back in 2009 for a small fee. San Marino is the other landlocked country which is surrounded by Italy. It’s more of a travel gimmick to me, I like the idea of getting my passport stamped. I even got a visa for Nagorno Karabakh and a stamp for the Republic of Uzupis. But here I could not. I found a rare Vatican City stamp online from someone else. 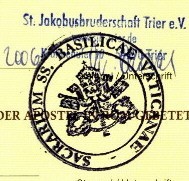 A rare Vatican City Passport Stamp – NOT mine, I couldn’t get one 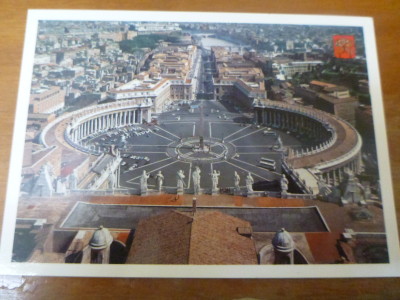 A postcard from the Vatican 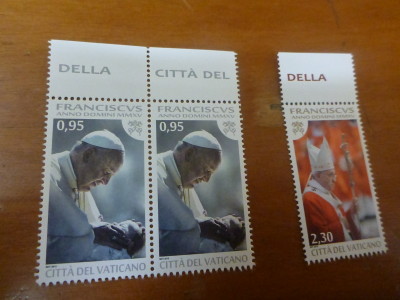 Stamps from the Vatican City State

You can get VCS stamps and coins. The coins are really only for souvenir. Nobody spends them, though it is unlikely they will be rejected anywhere as they are genuine Euro coins. Postcards, fridge magnets and books are also readily available. 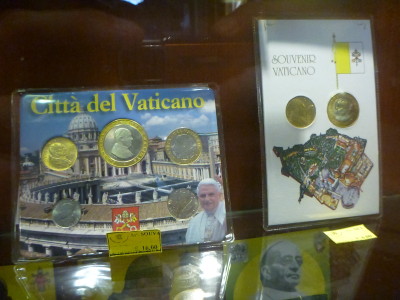 Is the Vatican City State a real country?
It’s a tough question to answer, and you’ll probably have your own opinion on it, while I personally didn’t include it in my first 100 countries list, I am a bit of a separatist by mindset. I feel that a country should be allowed to be a separate country as long as most of the people that ordinarily live there are in agreement that it should be a country, which is the case for The Vatican City State, Northern Ireland and Nagorno Karabakh. And plus it is different from Italy. 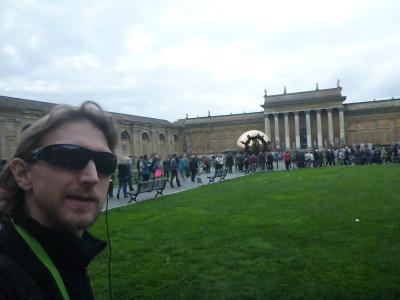 What country am I in? Is it Italy or the Vatican City State? 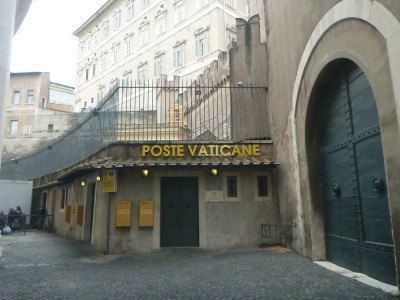 Top 10 Facts About the Vatican City 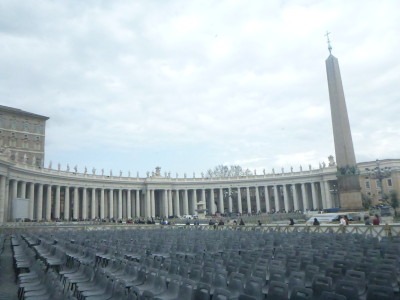 Here are some of my videos from my day in the Vatican City State:

18 thoughts on “World Borders: How to Get From Italy to the Vatican City State”