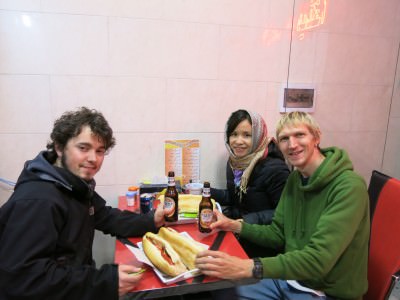 Hold on just a second, beers and hamburgers? In Iran? On my first night in the country? Yes, but not quite as you know it! Today’s Friday’s Featured Food comes from the cool city of Tabriz in Iran, which was where we spent our first 3-4 days in the country. 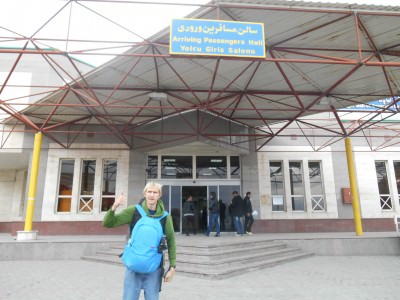 Arrival into Iran that day at Bazargan

So after going through the Authorisation Code for Iran Visa process, backpacking in Trabzon and getting my Iran visa, we were ready for a month in Iran! We crossed the border by foot from Gurbulak to Bazargan, and rather than hang around in Bazargan, or Maku we decided to head to Tabriz, 5 or 6 hours east. We booked our bus in Maku. 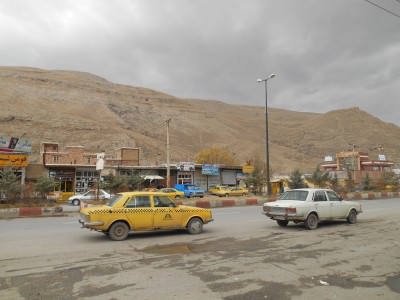 We still spent about 3 hours in Maku as things happened as the bus was delayed, but soon we were on the road and had met another traveller in Maku bus station, Marin Trask a Canadian dude backpacking on his own. In our first week in Iran, he was the only other traveller/non Iranian we met until we bumped into Patrick at Alamut Castle. 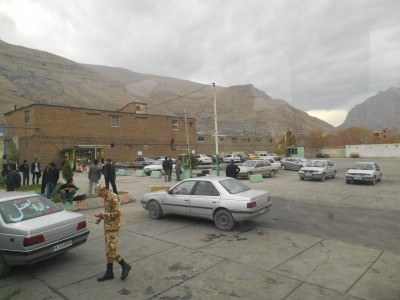 Leaving Maku, where we met Marin.

There was a huge oil truck that had spilled over onto the road on route to Tabriz and we were delayed, arriving finally into Tabriz late at night. Tired, hot and hungry. After checking into the very average Darya Guesthouse, Panny, Marin and I headed out onto the street for food. Any food. We were all so hungry. It was dark and we expected most places to be shut, as they were. 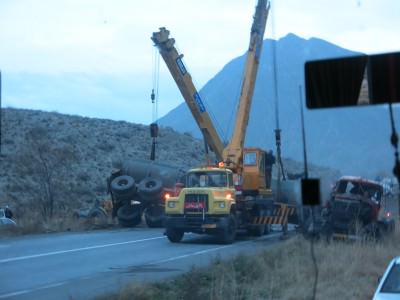 Oil spillage and delay on route to Tabriz. We were starving!

The first place we saw offered a menu with “hot dogs” and “ham burgers.” With hamburgers being priced at 25,000 Rials each (just under $1 US Dollar) all three of us opted for them. 3 hamburgers please! Of course it’s not “ham”, the meat is actually beef more than likely as pork is forbidden in Iran. Marin and I spied some “beer” in the fridge and we both ordered a cold one of those each. Of course, this “beer” is 0% alcohol as we are in Iran and actually, it tastes good. You can get them in all flavours. The price was 15,000 Rials, about 52 cents (US) at the time. 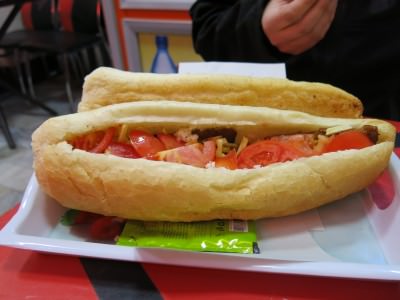 Our “hamburger” in Tabriz, Iran

So yes, our first night in Iran, a strict Muslim state and we are drinking beer and eating hamburgers. OK so it wasn’t pork or alcohol but it was a nice start to our stay in the country knowing that the locals can make similar things that stay legal within their culture. Also rather than being round in shape, these “hamburgers” were oblong, more like hotdogs. After devouring the hamburger and beer within minutes, I wanted another one of each, but we were tired and it was gone midnight, so it was time to rest our heads. 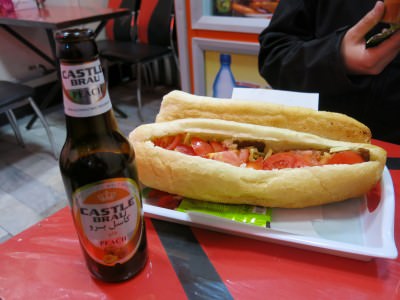 Food in Iran continued on this vein and was pretty good, you might have read about my Camel Meat Stew in Yazd and Dizi in Shiraz, there will be a few more stories to come on eating in Iran.

6 thoughts on “Friday’s Featured Food: Beers and Hamburgers in Tabriz on my First Night in Iran”