I have a fascination for some of the world’s lesser known countries and you might have followed my journeys so far to some of these less ventured and disputed countries and territories. I’m talking about places like Kugel Mugel, Romkerhall, Northern Cyprus, Podjistan, Narnia, Wallachia, OWK, Nagorno Karabakh, French Guyana, Gibraltar, Iraqi Kurdistan, Transnistria, Austenasia, Uzupis, Christiania, Adammia, Karakalpakstan, Druze People, Herm, Sark, Gorno Badakhshan, Ladonia, Lagoan Isles and the big one on my list – Sealand! 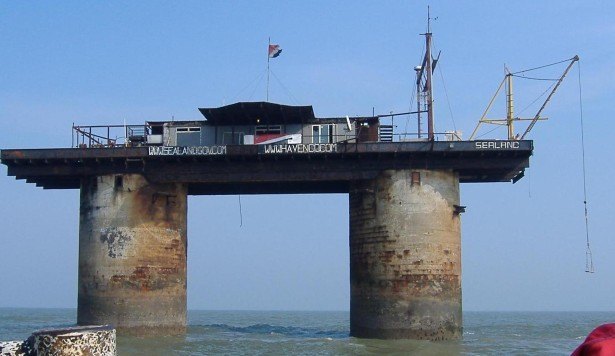 Not Backpacking in Sealand: My Journey to This Epic Country Delayed Due to Safety Fears – Source – http://www.sealandgov.org

It has always been my dream to visit Sealand. I first read about it in a British newspaper in 1999 and I have been fascinated by the country ever since. This year I have visited a few more small and unknown countries including becoming the first tourist to backpack through Austenasia. But Sealand remains elusive to me and my dreams of going there this year are now dashed, after an entry refusal due to safety concerns.

Sealand is a self declared independent country in Europe with no borders to other countries. It is a country in international waters on a dis-used oil rig in the North Sea. The country was formed in 1967. The country consists of a man-made offshore platform, which was built by the British during World War 2 as a defensive gun base. It was originally called HM Fort Roughs and is also known as Roughs Tower. Here are some facts on Sealand: 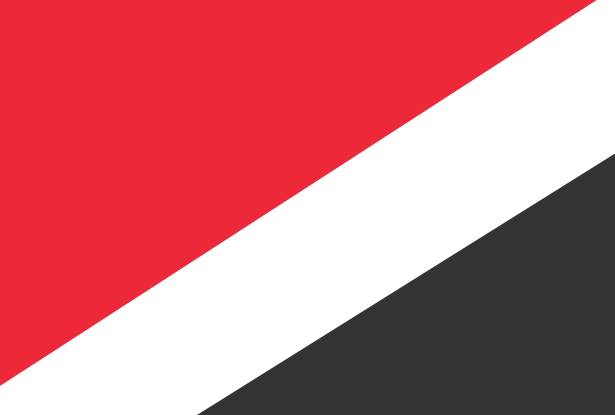 The official flag of Sealand

1. Sealand is the world’s smallest country. Its size is 0.025 kilometres squared.
2. The population of Sealand is less than 100. Sealanders have their own passport.
3. Sealand has an international football team, not recognised by UEFA or FIFA.
4. The currency of Sealand is the Sealand Dollar which is pegged to the US Dollar.
5. Sealand has been issuing coins since the 1970s.
6. Sealand has been issuing stamps since the 1960s.
7. Sealand is a Principality. The current Prince in Prince Michael.
8. The closest other country to Sealand is England, with the county of Suffolk being just 13 nautical miles away.
9. In 2004 the Sealand national team played its first international game against Aland Islands, they drew 2–2. You can watch the football videos here. 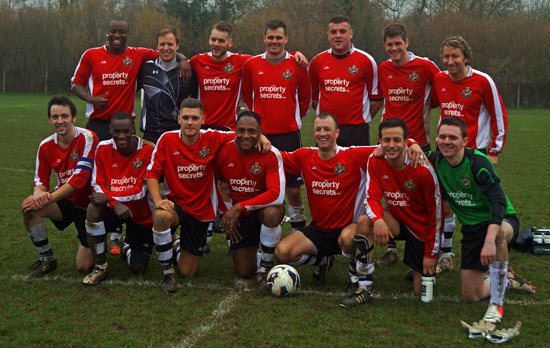 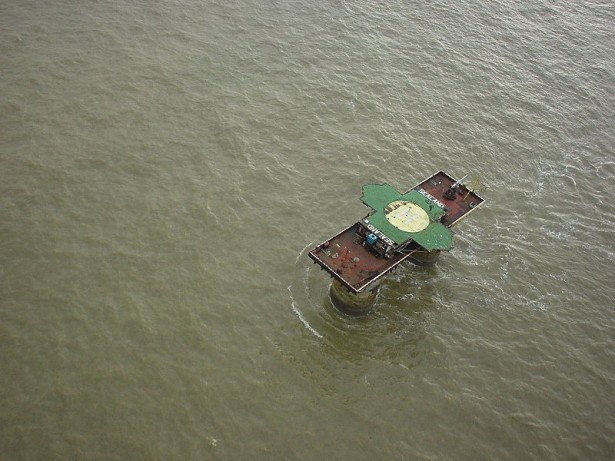 Sealand from above – smallest country in the world

“Sealand-sky” by Ryan Lackey – originally posted to Flickr as sealand-sky. Licensed under CC BY 2.0 via Wikimedia Commons.

Despite the fact that you can pay £25 for a Sealand Identity Card, a visa, passport stamp or visit to the country is extremely hard to come by. It is one of the hardest countries in the world to get a visa for. Yes I’ve been to Iran, Iraq, North Korea, Ethiopia, Suriname etc. but Sealand is a tougher nut to crack. In 2002, things were looking up with tourist applications being considered when the Sealand government issued a notice about visits to the principality. Over the last 13 years I have been monitoring the potential of a visit to Sealand with intrigue. I have contacted the Sealand government a few times down the years, always on e-mail. They do not have embassies abroad or any other territory other than their North Sea platform. 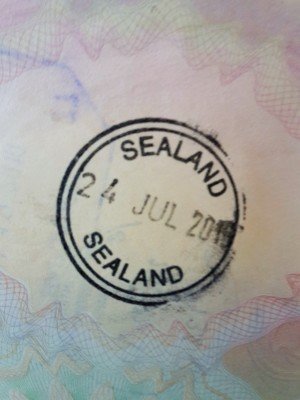 The sought after Sealand passport stamp – courtesy of Simon at Around the World in 80 runs.

I have a real fascination for this place and I have been urgently trying to get into the country as a nomadic backpacker. Stress of visas on the road can be tough though and I have been refused entry to Sealand again as of today on my latest attempt. Despite hosting a recent half-marathon, the country has been declared un-safe for travellers. I had hoped the opening of the country to runner Simon Messenger (pictured doing his half marathon below) would perhaps lead to an opportunity for me. But unfortunately laws are laws and a government warning against safety has to be respected. I am extremely jealous of Simon’s visit and his story however – and it is so rare for me to get jealous of another traveller! Read about Simon’s half marathon here: Official Story on Sealand Website Simon’s Website Around the World in 80 Runs 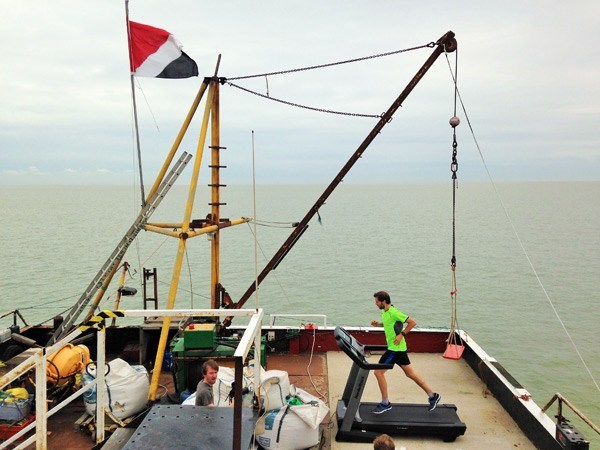 Simon Messenger runs the first half marathon in Sealand in July 2015.

So, this comes as quite upsetting news as I will be in Europe in September and October this year and had planned a trip to write about the unusual country of Sealand, and one that I have rarely (perhaps never) seen featured on another backpacker’s blog! I actually have draft ideas for the following articles, should I be able to somehow get in:

Here is a quick snippet of what my story on Sealand could be like:

//
How to get to Sealand

There are currently no train or bus routes to Sealand and as yet no international airport (the main issue would be runway size), however it has a heliport and a seaport and arrival in the country is normally by boat or helicopter. Swimming would be an option for the insane. So I decided to take the boat across.
//
//

Backpacking in Sealand: Top 10 Things to See and Do

1. Views of the English coast
2. Guided tour from the Prince
3. Visit Sealand’s only Chapel
4. Sunset beer
5. Parliament room
6. Jail which held a German invader during 1978
7. Buy some Sealand stamps and coins at the shop
8. Stay overnight in a typical Sealandic bedroom
9. Become a royal of the country
10. Get the passport stamp on entry
(in fact I could probably write a top 20 but I haven’t been yet, so it will have to wait).
//

I hope that one day I can live my travel dreams and backpack through the top sights of Sealand. I’d dearly love to get that passport stamp, try the local beer and food and watch the sunset from this country which doubles up as a platform in the middle of the sea. Life cannot get much more sublime than that!

It’s a beautiful world and safe travels my friends.

A cool book to buy from Lonely Planet is Micronations. 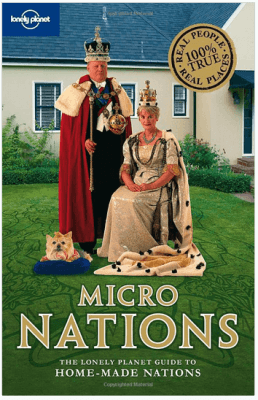 11 thoughts on “Not Backpacking in Sealand: My Journey to This Epic Country Delayed Due to Safety Fears”